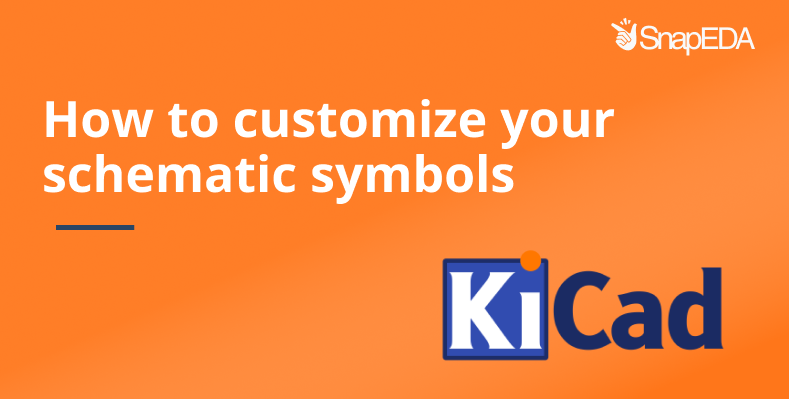 How to customize your schematic symbols for KiCad

The SnapEDA team is thrilled to announce a new way for KiCad users to customize their schematic symbols!

Traditionally, SnapEDA offered one style of schematic symbols for KiCad which overlapped functionally identical symbols pins, despite them having different footprint pins. We initially chose this approach due to early feedback from KiCad users who said it made their schematics cleaner and more readable.

Today, however, we’re giving KiCad users more choice! KiCad users can now toggle to choose how they’d like their schematic symbols represented. For example, they can choose the overlapped symbol pin style, or expand the schematic symbol so they can see every single footprint pin individually on the symbol.

To enable the expanded pin feature for KiCad, go to SnapEDA and follow these steps:

1. Highlight your cursor over your profile in the upper right corner
2. Select Account Settings.
3. Under KiCad Symbols – Expand Pin, toggle the switch to turn it On
4. All downloaded KiCad libraries will now have expanded pins

Note that this feature is available in the KiCad formats available: .mod and .kicad_mod.

Do you have more ideas how we can improve the SnapEDA experience for KiCad? Let us know in the comments!